Insurance is a term that usually means protection from financial loss. It is basically risk management, which is used to hedge against the risk of a contingent loss. Different types of insurance plans consist of different coverage in them. Along with this coverage, there may be some exclusion found which depends upon policy terms and conditions. 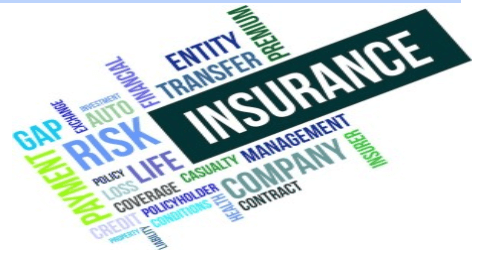 An Exclusion is a policy provision that eliminates the coverage for some type of risk. Mainly Exclusion narrows the scope of coverage provided by the insurance agreement.
As a whole, Exclusions are those cases for which the Insurance Company does not provide any coverage in the policy. These are the conditions excluded from insured events to avoid losses of the Insurance company.

General Exclusion Risks and their effect

There are various purposes for putting exclusions. Most apply to covering risks mentioned below:

Catastrophic / Man-Made Disasters: Some Risks are uninsurable because they are likely to affect the huge number of policyholders at once. The time of WAR or A Riot is an example of this term.

Coverage Elsewhere: Many risks are excluded under one type of policy because these are covered under other types. For example, Auto liability claims are not covered under the general liability policy because they are covered under a commercial auto policy.
Not Accidental: Most insurance policies cover incidental events. Thus, they exclude losses the insured caused intentionally. For example, in general liability and commercial auto liability policies, both may exclude bodily injury while an insured inflicts on a third party intentionally.

Suicide and self-inflicted injury: The insurance claim money and benefits would not be paid if the policyholder commits suicide within a year of the policy commencement as Suicide is excluded from every term plan. Suicide exclusions are also valid to group insurance plans.

Adventure sports: Insurance covers risks for situations that are accidental and the policyholder otherwise takes all precautions to evade those risks. Adventure sports activities like rock climbing, auto racing, bungee jumping, sky diving, etc are not covered as the policyholder is aware of the risks. Engaging in aerial flights (including parachuting and skydiving) is also excluded from most of the Policy plans.

Illegal: Many policies exclude losses that may result from violations of the law or criminal acts. For example, general liability policies exclude bodily injury, personal and advertising injury, or property damage: that results from a violation of the Telephone Consumer Protection Act or CAN-SPAM Act.

Some risks are insurable if the Insured are willing to pay an additional premium for these. For example, a loss caused by theft committed by any employees, these losses are routinely excluded under commercial property policies. However, such losses can be covered by purchasing employee theft coverage.