Business of insurance runs on probability. If there are 10000 cars each driven by a different driver, there is a certain possibility (risk) that 1 or more of these cars will be hit in an accident within next 1 year. 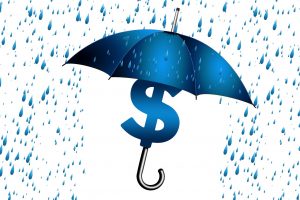 How many of these cars will be hit is not clear. But it is unlikely that all of them will be hit or none of them will be hit. Also it is not clear how much will be the repair cost when a car gets hit but it cannot be more than the original price of the car. To the car owner it can be significant amount but not if his car is insured. Insurance is the concept of dividing the financial loss among many people so that the cost of repair is small for the single person. Insured people pay relatively small fee periodically called premium which is used later on to share the loss of insurer whose car is hit. Insurer (or Insurance Carrier) is the company that does the insurance and pays for the claim when filed (like in USA some popular insurers are State Farm Group, Liberty Mutual, Allstate, Berkshire Hathaway, Progressive, Farmers, AIG, Nationwide etc). In case of a very large risk, several insurance companies may combine to issue one policy. Policy is the contract of insurance (a legal document) between insured and insurer that provides coverage to insured provided he pays the premium as agreed and insurer agrees to cover the loss that may occur to the insured. Loss is the financial loss to the insured (like due to theft of his insured car, cost of a surgery in case of health insurance and cost of repairing a building got damaged due to fire in case of property insurance). Coverage means what type of loss will be paid for by the carrier and up to how much amount (called as Limit).